I love a good murder mystery.  But you never think artists are involved in such mysteries.  Artists are too busy doing their art in solitude.  So I bought an out of print book at the Strand bookstore in Union Square New York.  This artist, Tom Thomson’s paintings were mesmerizing!!!  “The Best of Tom Thomson” by Joan Murray (1986) is the book I bought and I never read the book and just looked at the pictures.  I do that a lot.   Then I decided to read about him as a possible blog post.  Well it turns out Tom Thomson’s story ends with his mysterious death that has never been solved even with the coroner’s report of accidental drowning. His death has been researched for decades and many conspiracy theories have been written about.  So WHO IS TOM THOMSON? 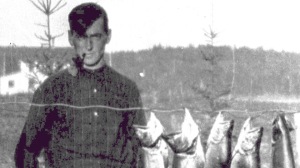 This is a story of a talented artist who could never believe in his talent.

ITS A STORY OF A TORTURED MIND OF DOUBT.

He would refer to himself as the “Bum Artist “.  When visitors came to see his work in his studio he would welcome them with “Come in and see my junk”.

Tom Thomson did acquire iconic status as a wilderness painter in Canada even before his tragic death in 1917.

He is considered the most influential painter of the 20th Century.  It was Thomson’s style that inspired the creation of the GROUP OF SEVEN “ wilderness landscape painters in 1920.

His best known paintings are “THE WEST WIND” and “THE JACK PINE ” shown below.

THE WEST WIND oil on canvas 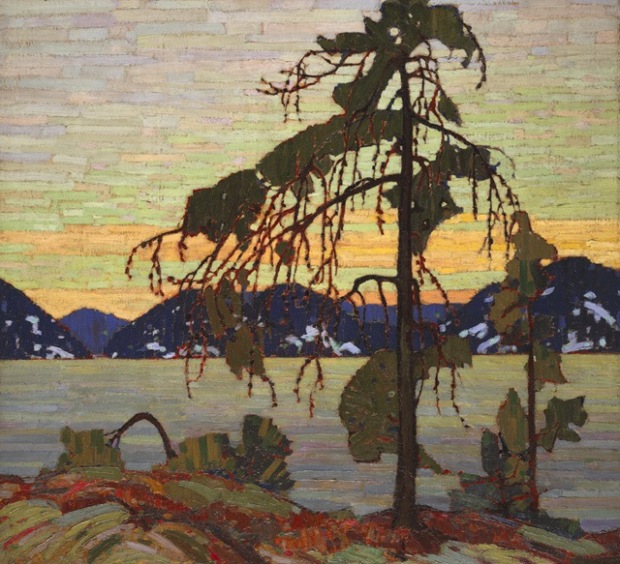 Tom Thomson has been called the Van Gogh of Canada.  He was tall, dark and handsome always far too shy and humble. And his death came much too soon at the age of 39.

My next post on Tom Thomson’s death and how it continues to be a mystery centuries after will delve into the many theories.

MORE SHALL BE REVEALED.